December! December! December! Can you believe it? Christmas is just around the corner and another year is winding down. For my brother and sister cyclists in the Northern Hemisphere it’s deep into winter training time. Luckily for me down here in the depths of Tasmania it is (apparently) summer! Even still, December brings about thoughts of plans and goals for the coming year.

Twenty Twenty! Is it going to be a big one? Or more relaxed? Here are my three main goals for the coming year…

1) Tick over 8000km. That’s roughly 5000 miles. Not a lot for many, but enough for a city working nine to fiver like me with a hobby farm to look after. I tend not to set mileage goals. In the past they have seen me to seek out flatter, faster routes to tap out the miles rather than explore more interesting rides (or mountains). The mountain bike also reduces the miles covered per ride time. Still, next year 8000km seems like an achievable target.

2) Ride at least one metric century ride every month. This goal is a great motivator and harks back to my Woking CC days. It really does keep you on track through the winter months too. This one is much easier to achieve with a bunch so it encourages me to meet up for rides rather than just kicking it solo all the time.

3) Ride up Mount Wellington again. I did this once last year and just never got around to it this year. It’s a very decent 10-mile long HC rated climb from sea level to the often snow-capped summit. The number one climb around here.

There’s only one narrow, winding road up so it’s always best to do it early in the morning and outside of peak tourist season. You wouldn’t want to meet a camper van driving on the wrong side of the road when you’re bombing it back down! A great climb though and I really MUST do it again! 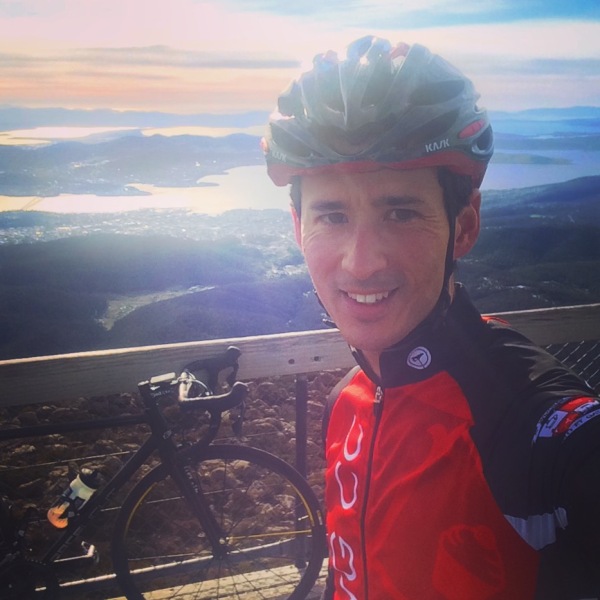 So there’s my lot. What are you goals for Twenty Twenty?