I used to be a major average speed junkie. In many ways I’m still a recovering average speed addict. Oh you went out for a ride? How far? What was your average speed? Questions often asked and often answered like they mattered.

Sure, comparing your average speed can be useful, it can show progress or even prowess but it’s only a small part of the overall ride story.

I once got to a point where I’d pick routes based on being able to hold a higher average and if I wasn’t banging out higher averages I wasn’t having it, sad times I know! All it did was lead me to picking flat or lightly rolling routes with favourable winds,  which turned me into a poor climber. Don’t get me wrong I’m not a rubbish climber, but at 140lbs soaking wet I should be much, much better!

Last weekend I did something I used to avoid. I rode a hill route on my own and on purpose. My final average speed over my 62km ride was 23kph. Yep. That’s a lowly 14.4 miles an hour for you imperial minded folks! Probably my slowest ride in quite some time. But that statistic tells very little!

The route profile tells a much more interesting story!

I climbed roughly 1350m (over 4400 feet of elevation gain) completing five straight reps of my local Cat 3 climb. I paced myself to try and complete each ascent in the same amount of time, by that final time up my legs were feeling pretty heavy. 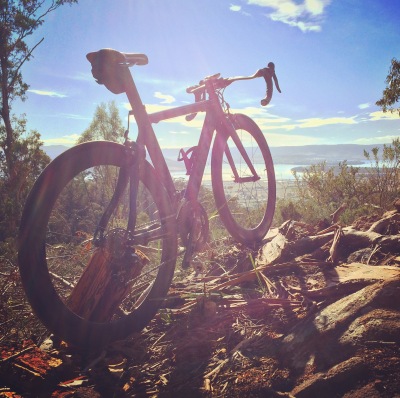 I didn’t look at any ride metrics until afterwards, I just had the map display on my Garmin (okay, my new Wahoo Bolt) and you know what? I actually enjoyed climbing for a change. I’ll become a hill conquering climbing whippet yet!