Twelve from twelve! It’s a wrap, folks! That’s all 12 of my Resolution Rides done and dusted for the year. Today wasn’t an ideal day, but with work ramping up towards Christmas I thought I’d better get it in the bag sooner rather than later.

I think it was Billy Ray Cyrus who said; “Yeeeaaah, I’m gonna take my bike to the South Arm Road. I’m gonna riiiiide ’til I can’t no more…”

So that’s what I did! The “Hook Spin” is a rolling ride which heads all the way down the South Arm Peninsula, right to the end of the road, where you simply turn around and head back again! The return journey throws in a curve ball though, a detour up Gelibrand where you’re hit with a short,  punchy 16% wall of a climb. When you’ve got 75km in the legs already it certainly stings!

Today was one of those rides where it was simply a matter of getting the job done. A proper endurance training ride. As such I’m afraid there’s not a lot to say apart from I rode my bike, then rode it some more! I had a rough game plan in my head to ride the “full hook” and back home, a distance I’d calculated at a few clicks over 100km. As it turns out, it ended up being 128km! 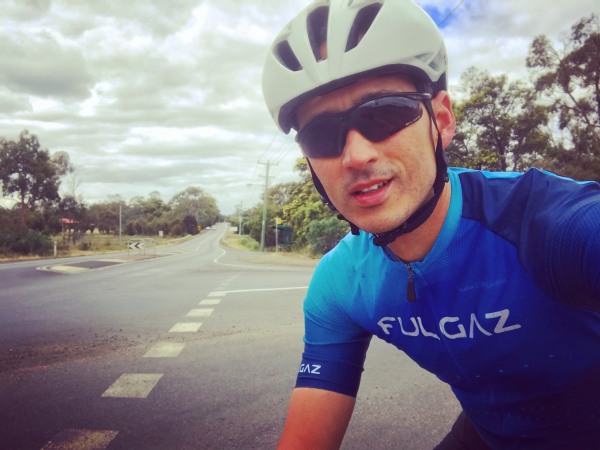 Looking a little rough, but feeling good after 85km.

Luckily I was feeling pretty good, otherwise I would have been in a world of hurt. It’s not hilly, but three’s enough climbing to really sap your strength and speed if you don’t pace it well enough. I eventually started to flag so stopped at 105km for a quick double espresso and muesli slice. This was enough to power me home with the wind at my back for the majority of the final stretch.

Cruising down the final hill home a part of me wanted to continue on, but a bigger part wanted lunch and knew I had actual work to do as well. I was pretty stoked to average over 29kph / 18mph for this ride. It shows all the training is paying off and my fitness is coming along nicely into summer. 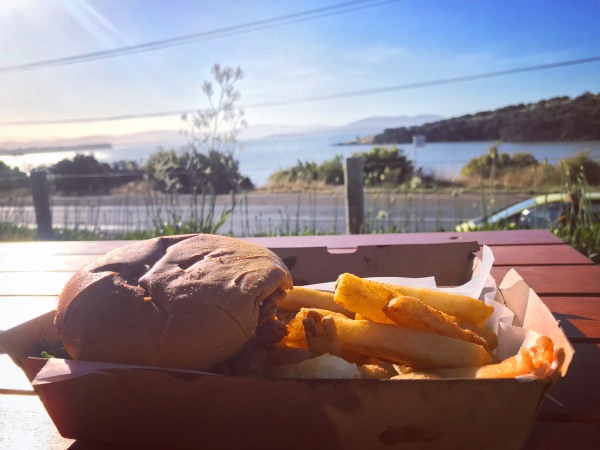 To finish off the day in style, I indulged in a tasty Southern Fried Chicken Burger from my local tavern. I sat out in the sun and inhaled that burger in a matter of seconds, washed down with an ice cold cider. Happy Friday! 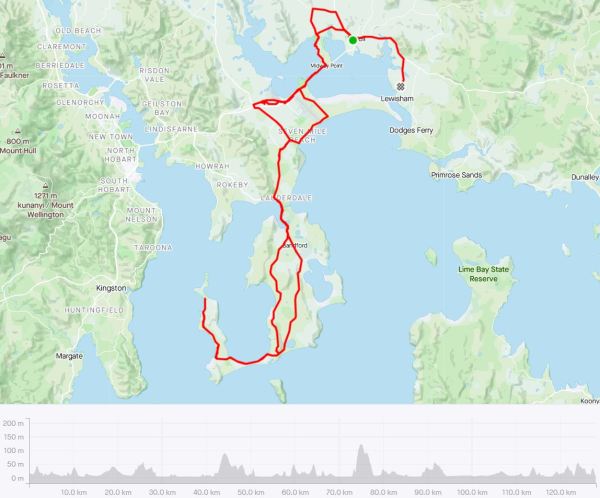