An important member of any cyclist’s fleet is the winter bike, sometimes called the rain bike or “B” bike. The one that sits in the corner of the bike shed, waiting to be called into active duty when the weather turns wild.

Last winter I hardly rode outside – this was due to time constraints and weather mostly – but also because of Zwift. It was much easier to jump on the turbo for a quick hammer than head outside. While this was great for my fitness, it was not so great for my sanity. After all, bikes were meant to be ridden out on the road!

My “rain bike” is a Focus Mares CX, it hasn’t had a lot of care of late just many hours strapped to the turbo being showered in sweat as I grind my way around Watopia. Originally I bought it as my commuter while at Sigma Sport and it was a fantastically robust winter/wet weather bike, carrying me through the worst that the British winter could muster. I need to start heading outside even if the weather isn’t perfect again – I’m getting soft! 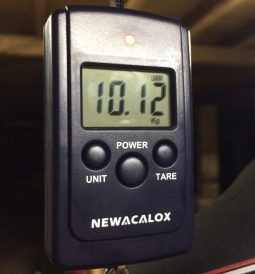 It’s a bit of a chunky monkey at 23 pounds, but every true winter bike should have full length mudguards. Your club mates will thank you for not being showered in filthy road spray and your kit will stay cleaner for longer. An ever reliable PowerTap G3 hub gives me a few extra training metrics over the winter when speeds are low and older 10-speed Ultegra Di2 shifting is a little touch of luxury. Actually for a “B” bike it’s pretty darn nice, haha!

Today’s forecast was 100% chance of rain so I took the winter bike out for a 50 mile blast with The Herd. To give it a good shakedown I got on the front for the  last 15 miles, towing the bunch around at 20+ mph. It was tougher than being on my sexy summer bike that’s for sure!

Oh and it didn’t rain a single drop…