It won’t be long until the nights draw in and the mornings start to edge into darkness. Summer here in Tasmania is fading into Autumn. The warm (hot!) glow of the bold Australian sun will soon be a distant memory. It’s all good though, I love Autumn. It’s one of my favourite seasons.

Tasman Bridge from the Hobart side.

Before the daylight hours dwindle, I’ve been trying to make the most of them by cycle commuting to/from work at least once per week. The round trip is roughly 80km / 50 miles with 1000m (3200ft) of elevation. A decent trip. For me it’s not one I could do 5 days per week and still put in a good shift at the office in between. 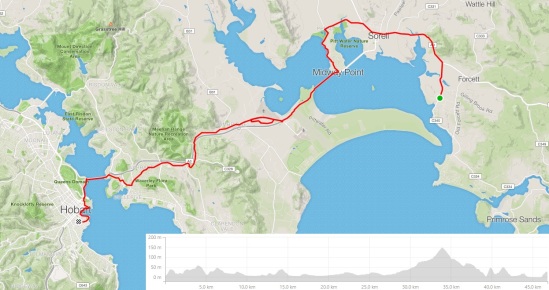 It is beautiful in parts. Crossing the causeway, the views over the bay on a clear morning when the sun is rising over the water are hard to beat. The sunsets are top notch too, but if I’m watching the sunset here, it means I’m going to be cycling down the highway in the dark to get home!

Then of course there’s the Tasman Bridge, linking the Eastern Shore to Hobart. If you can take your eyes off the narrow cycle path long enough, you are rewarded with views of the city, across the Derwent River and Mount Wellington rising into the clouds and dominating the skyline. I really should stop to take my own photos, but I’m usually on a time limit to make it to work!

It’ll only be another month before it’s too dark to commute. Even with good lights on the bike, it’s a risk I’m not willing to take. Roadkill is a widespread problem in Tasmania. Wallabies, possums, potoroos, devils, etc. The chance of colliding with nocturnal wildlife is too high. 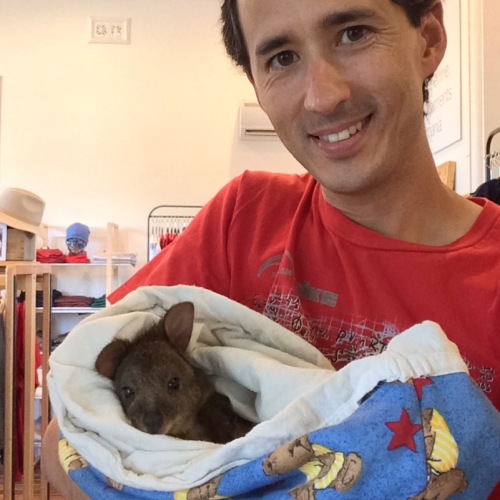 This little fella’s mum met a sad end at the side of the road.

So with only a handful of weeks left before it’s back to early morning Zwift and weekend outdoor rides, I’ll be making the most of the beautiful commute!