Strava have done it again. True to form, they’ve introduced yet another feature that nobody asked for and nobody knew they didn’t even need. By now I’m sure you’re aware of Local Legends. According to Strava this new feature awards you for “grit, discipline and passion” but in reality it’s merely a fancy virtual crown for riding a segment more times than somebody else. It’s the “thanks for coming participation medal” of the cycling world…

Racked up a number of the new crowns.

Remember those hollow cup yearly KOMs that Strava introduced a few years ago? Then removed because of the backlash? We all went out for our New Years Day rides and came home to a slew of new KOM crowns, hahaha! This new Local Legends is about as useful as that.

Since it’s introduction I pick up a new Local Legend crown almost every ride. I’m not even sure how the algorithm works. I think they’re just making it up as they go along! I am definitely the “Local Legend” on a whole array of segments in my postcode, but each ride Strava just seems to pick one at random to award. 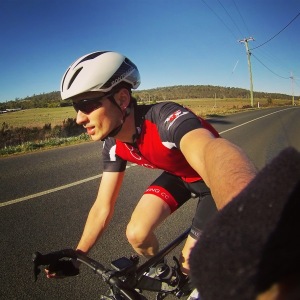 Some say he’s a Local Legend…

…others say he just likes to pose with his bike!

At the end of the day, anything that encourages more people to get out and ride is a good thing and I shouldn’t be negative about it. It’s another carrot for cyclists to chase. To me though, it just reminds me that maybe I should explore some new territory… #rideyourbike