Yesterday thanks to work I took a trip to the London Bike Show to check out this year’s latest and greatest cycling releases. I’d never been to the London show before so was really looking forward to it. A short car journey and three trains later I arrived at the ExCeL Centre around 1pm.

First call was the Specialized stand to see the S-Works Venge ViAS. I’d been hankering over a peek at this bike and it did not disappoint. I will admit to not being a fan in the past, but this version has totally changed my opinion! I’ll have a more in-depth feature for the Venge ViAS in a future post. 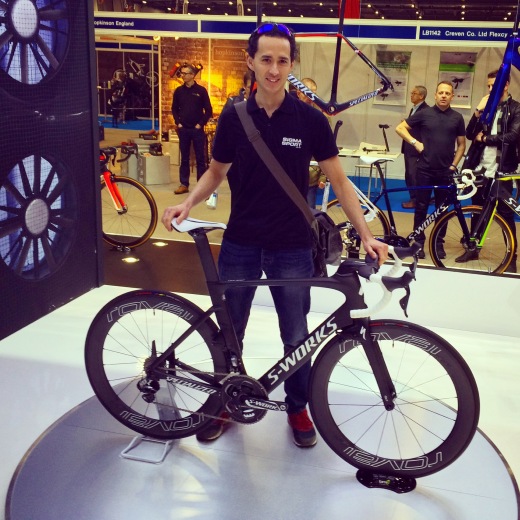 From there I did a quick (okay, very slow) few laps on the Street Velodrome, where I almost crashed when I clipped the exit during my timed two laps and got my ass handed to me by a 12 year old kid! That going around in small circles at speed is harder than it looks…

Another highlight was sampling the different flavours and brands of energy bars on the market. We stock many brands such as Torq, Honey Stinger, Mule Bar and SiS but to be honest I’d never tried many of them! I still much prefer to make my own ride fuel. At least then you know exactly what is in them. The ever expanding Mule Bar range was by far the tastiest. 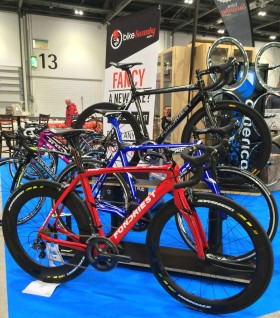 One day I will have my own Van Nicholas titanium beauty!

I was a bit disappointed  not to see any SRAM eTAP on display (apparently there was one bike on the Pinarello stand) or Rotor’s hydraulic groupset. Also I didn’t see the new 9-series Trek Madone, the closest competitor to the Venge ViAS. Apart from that, all the usual suspects and high end brands were present. If you’re at a loss for something to do this weekend, the London Bike Show may just be the ticket! 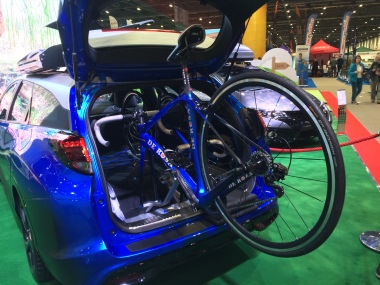 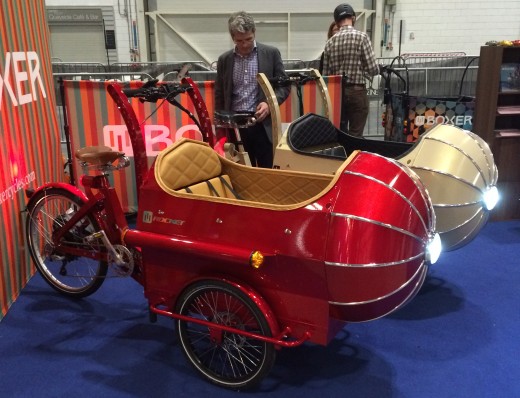